Hello Beautiful People,
Well, we did it again! We have all survived the madness and mayhem of yet another holiday season and are on the brink of celebrating the beginning of another new year. 2010 is just hours away. Hard to believe, isn't it?
What goals have you set for yourself in the upcoming year? How do you plan to reach those goals? Do you know what you want to do differently in 2010 than you did 2009?
If you have already made your "resolutions" for the new year or if you don't have a clue what you want to change in 2010 and need a few ideas, I invite you to click on this link http://www.associatedcontent.com/article/2446088/top_ten_2010_new_years_resolutions.html?cat=2 and check out the article. I encourage you to then send it to five (5) women you know and love and want to see empowered to live better in 2010.
I have made one "resolution" for 2010. That's right. Only one. I will reveal what that "resolution" is on January 1, 2010. You can read about it and follow me throughout 2010 to chart my progress, provide encouragement and/or advice, listen to me complain (and believe me, there will be plenty of complaining) etc. at www.xpressyourselfpublishing.blogspot.com . This will be a 365-day journey and I want you all there with me.
Well, that's all for now. Until next time...Happy New Year!

Hazel Mills
www.hazelmillsstories.com
Posted by Hazel at 11:00 AM No comments: 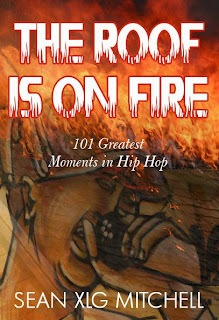 Tonight, be sure to listen in...

Listen in as Sean discusses is upcoming book The Roof is on Fire: 101 Greatest Moments in Hip Hop that celebrates and highlights outstanding events and achievements in rap music over the last 30 years.

From the success of mainstream artists like Lil Wayne, Eminem and Snoop Dog to hit films like Krush Groove and Hustle and Flow, every era is explored and documented. Using over 25 years of experience in rap music, Sean XLG Mitchell chronicles events from the past and present and adds shine with exclusive interviews with hip-hop legends to include Dana Dane, Kurtis Blow, Grandmaster Mele Mel, the Fat Boys and Queen Pen. XLG reveals a vast array of feats, from the extraordinary and outrageous to the noble and obscure that is both informative and fascinating. 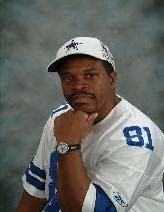 SEAN XLG MITCHELL is the ultimate hip-hop griot. He began his career promoting hit makers from Rockmaster Scott and the Dynamic Three to M.C. Hammer. As an artist, XLG recorded several underground hits as a member of Unlimited Skills and is the first rapper to win a national music competition. He currently works as a freelance writer and is the creator of the hip-hop category Adult Contemporary Rap.

Posted by Jessica Tilles at 7:13 PM No comments: 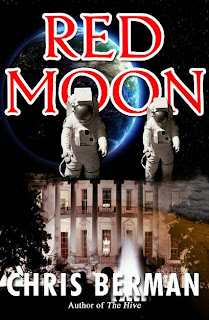 December 17, 2009, Upper Marlboro, Maryland — Chris Berman, best-selling author of The Hive, is now two for two with his new novel, Red Moon. Chris accurately predicted the discovery of water ice on the Moon, a key plot element of his book, over a year before this was confirmed by the NASA LCROSS lunar probe. Now, it looks as if Berman has gotten it right again with China’s ambitions in outer space.

Red Moon, set in the near future of 2017, predicts that the People’s Republic of China lands a military expedition on the Moon with the purpose of claiming the valuable lunar ice fields and the abundant resources of titanium and aluminum ore. The very existence of water ice on the Moon, a ready source of oxygen, hydrogen for rocket fuel and of course drinking water, make access to these resources a reality to any nation willing to put forth the effort to develop them. These resources will not only boost the economy of that nation or nations, but also provides the ultimate high ground in both economic and military control of outer space. In Chris Berman’s novel Red Moon, China indeed lands a mission to secure the lunar ice fields in the year 2017.

While this is a novel of speculative fiction, Mr. Berman’s prediction of water ice on the Moon was one hundred percent accurate. Now in a related story by Associated Press Journalist, Christopher Bodeen, the plot of Red Moon appears ominously close to the truth. In the Associated Press article dated November 27, 2009, Mr. Bodeen reports that China’s lunar ambitions are to land a series of unmanned probes on the Moon with a manned landing in 2017, three years ahead of America’s return to the Moon, just as predicted in Red Moon. The Associated Press article also makes a strong connection between China’s space program and their anti-satellite and advanced space weapons programs. Christopher Bodeen also states in the article that China’s secretive and military-based space program is being fueled by their booming export economy. The Associated Press article reads as if it were lifted right from the pages of Red Moon. Chris Berman adds, “With our dependence on the flood of cheap Chinese made products coming into our country, we are, in the words of Vladimir Lenin, “Paying for the ropes that the Communist nation will hang us with.” Mr. Berman also states that Red Moon should be in the hands of NASA, the Joint Chiefs of the United States and the President. Red Moon is a prophetic tale and a warning sign as we head into the future, not to ignore the incredible economic and military potential that the Earth’s Moon holds for our nation.

Chris Berman Chris has an extensive background in astronomy and is a spaceflight enthusiast; familiar with the space programs both here in America and in Russia.
He resides in Saint Augustine, Florida with his wife, Lareesa Polyakova and daughters Marina and Sabrina.

This title is available wherever books are sold, as well as all online retailers.

For more information on this title, and other Xpress Yourself Publishing titles, visit www.xpressyourselfpublishing.org. 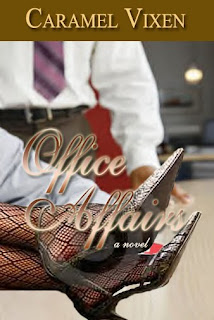 Allysia Donaldson is a woman who has always known what she wanted professionally. She pursued her dream of owning her own clothing line and is now the CEO of Ample Delights, a company that caters to the thick madams of the world. At the young age of thirty, Allysia has accomplished a lot but yet she feels a void. As much as she has pursued professionally, she has run away from in her personal life.

Davis is a single, hard working father. He lost his wife to cancer. Even though women are constantly throwing themselves at him, Davis doesn't date. The one woman he wants won't give him the time of day. If Allysia would only open her heart to him, Davis would fill that void in her life. She may see him as only a delivery guy but if she would only take the time to get to know him she would realize there's so much more to Davis Jackson.

Now, I know that when I married him I was just settling but I don’t have time to look for real love. I certainly did not have the time then to search and hunt or even worse wait to be hunted when I met Fred. My company was just getting off the ground. Love just had to take a backseat to my career.
"Oh shit!” Fred was opening up Pandora's Box with his powerful tongue. All of my juicy secrets were being licked away as he stroked my clit with his tongue and wrapped his lips around mine. Who knew a little pink flap could bring such pleasure?

My body tingled all over as his tongue tangoed with my clit. I've never had a seizure but the way my body was shaking and saliva was pouring out of my mouth, I just knew I was about to have one. I probably would have bit my damn tongue off! That's just how intense my orgasm was. I unloaded all my liquid ecstasy into my ex’s open, awaiting mouth.

That was just the beginning though. Fred flipped me over, smacked my thick ass and rammed his eight-inch dick inside my wet pussy. I wanted to wrap my lips around it but I guess he wanted the hotness that only my pussy could deliver.

The man pumped hard and fast. His thrusts were quick and short. I tried to speak but every word got caught in my throat as his nuts slapped my behind. Then Fred slowed down. The slower, longer thrusts felt so damn good that I started speaking in tongues. I didn't know what the hell I was saying and Fred didn't give a shit. He just kept on pumping, picking up the pace until the thrusts were short, quick, and hard again. I felt his dick pulsate just before he screamed, releasing his white chocolate inside of me.

"Damn!” He said, almost out of breath. Damn was right! My soon to be ex-husband knew how to make him some serious love. I once thanked God for that man each and every day because he had brought it each and every day. No man had ever eaten my pussy or fucked me as good as Fred. He had always left me completely satisfied.

Why do we feel we MUST love him?

I woke up this morning thinking about abuse and how the victim always feels responsible. Why is that so? My younger cousin was in this situation a few years back and she always felt she had to love her abuser because he said no one else did. That's why she stayed and endured the abuse- mental, verbal, and physical. I wrote a story loosely based off her experience as a young mother who survived domestic violence and it's titled "Silent Cries." "Silent Cries" is the first story in the uplifting and inspiring anthology, Somebody Prayed for Me.

Today, my cousin is in college and working full time! She's a single mother and I'm so proud of her for moving forward with her life. To assist her, I set up a website where books can be ordered and the profit goes to her, toward her college tuition and raising her son. I hope you'll be compelled to purchase Somebody Prayed for Me from her website. To ensure a Christmas delivery, however, please select the option to order from Borders, Barnes & Noble, or Amazon. The links are listed on the website's homepage. Please share her website and story with parents, teens, and any one who may be in a violent relationship. There is life after abuse and by the grace of God, my cousin has proved that.

The website is www.ShakestaWest.webs.com. While you're there, please read an excerpt from "Silent Cries" and be sure to sign the guest book. Your support means a LOT To me and even more to her.

Have a blessed Sunday and make every day count.

Linda
http://www.lindarherman.org/
Posted by Linda's Passion at 2:27 PM No comments: