The reviews are in and Consequences When Love Is Blind is deemed a MUST read book!

I absolutely loved this story!!! Linda, you nailed it. I would recommend "Consequences..." to everyone, especially our young sista's. Aids awareness is much needed in our community, and I think that your novella provides a much needed focal point to the cause. I applaud your efforts and stand in awe of your talent.

Posted by Linda's Passion at 8:19 PM No comments:

Before you pick up the phone and call his wife~

Talia James is young and quite naive. The daughter of an alcoholic mother, Talia had to grow up fast and mother to her younger siblings and cousin.

Needless to say, Talia made some bad choices in life where love and men were concerned. After two broken relationships and two sons, she feels as though she has won the lottery when she meets Andre Peters, a very well-to-do sports agent. The fact that he's married takes a backseat to Talia's happiness.

Imagine her surprise when she calls his wife, Sade, to brag about the on-going affair, and Sade shares some news of her own. Never in her darkest nightmare did Talia imagine that her lover, her knight in shining armor, was HIV positive!

Some things between a husband and wife are best left between that husband and his wife, huh?

Linda R. Herman
Author of Consequences When Love Is Blind

Available NOW! Get autographed copies for only $10, shipping included, at
www.LindaRHerman.webs.com This is a limited time offer!

Please feel free to share this offer with friends and family. Thank you and many
blessings!
Posted by Linda's Passion at 12:42 PM No comments:

I am a newly married woman and I want to learn more about pleasing my husband orally. On our wedding night, I tried giving him a blow job for the first time. My husband was encouraging and patient but I know that I did not do that great of a “job”. I don’t feel comfortable talking with my friends about this because whenever the subject of oral sex comes up, they frown and talk about how disgusting it is.
Can you recommend any books or videos that can help me?

P.S. I met you at Afr’Am in May and I enjoyed reading your book.

Dear T.D.,
Thank you so much for stopping by our table and purchasing my book at Afr’Am. It means a lot that you not only enjoyed “Bare Necessities” but also that you took the time to write me.
I want to congratulate you on your new marriage and for being an independent thinker and taking control of your sexuality with regards to oral sex. Your friends may “frown and talk about how disgusting” oral sex is when you are around but I am willing to bet that when no one is watching, they are blowing their men senseless.
There are a few resources I would suggest you check out. The first is a book by Dr. Hilda Hutcherson, M.D. titled Pleasure: A Woman’s Guide to Getting the Sex You Want, Need and Deserve. This is an excellent book filled with information and techniques for every area of your sex life, whether you are a novice or very experienced. There is a section called “Fellatio 101”.The other is The Sinclair Institute’s Better Oral Sex Techniques video that can be ordered at www.bettersex.com.
Practice makes perfect and you will get better with time. It is wonderful that your new husband is patient. This is extremely important and will go a long way in building your confidence. Remember, he wants you to get the hang of this and will allow you ALL of the practice sessions you need.
Relax and enjoy!

Hazel Mills
www.hazelmillsstories.com
Got a question for Hazel on love, sex, and relationships? Email her at hazelmillsstories@hotmail.com. Remember to put Hazel’s HOTmail in the subject line.
Posted by Hazel at 9:25 AM 3 comments:

Be inspired-Somebody Prayed for Me is NOW available! 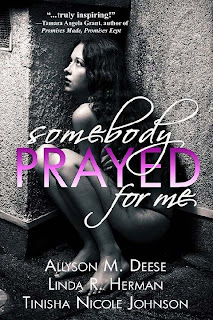 
Allyson M. Deese opens this spiritual experience with the title piece, "Somebody Prayed For Me," a heartfelt poem that reminds us of the importance of prayer. There are so many things we could have been in life but somebody prayed for you and for me. And now we must pray for others because prayer does change things.

In Silent Cries, Linda R. Herman shares the tale of a teen-aged mother who suffers abuse and rape at the hands of the person she loves. Rape is devastating at any age, but imagine a seventeen year-old girl struggling to get past the pain. With prayer, it is possible.

Tinisha N. Johnson’s short story, Facing Reality, opens our eyes to how much our children are influenced by our actions. A mother tries to drown her sorrows in alcohol but doesn’t realize the affect her behavior has upon her twelve-year-old daughter until she makes a shocking discovery.

Every piece was written with the hope of inspiring and reminding everyone of the importance of prayer.

“Have you ever been in a position where you couldn't or didn't think to pray for yourself? In Somebody Prayed For Me, literary sisters Linda R. Herman, Allyson M. Deese, and Tinisha N. Johnson reminds you of that place. While taking you through the valley, Somebody Prayed For Me, restores faith and an appreciation for that old congregational song.”

-Wanda B. Campbell, author First Sunday in October
Posted by Linda's Passion at 4:41 PM No comments: 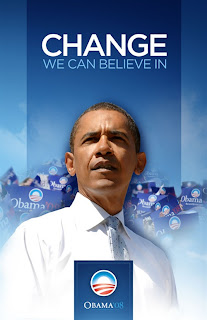 GOD is so amazing!

BARACK OBAMA is the 44th PRESIDENT OF THE UNITED STATES OF AMERICA! HE SAID YES WE CAN AND YES, WE DID!!!

THANK GOD ALMIGHTY, YES WE DID!

A Change is Gonna Come...

A CHANGE IS GONNA COME…TOMORROW!!! By William Fredrick Cooper (Inspired By ‘A Change Is Gonna Come by Sam Cooke)

We were born by rivers and oceans in the motherland, in tents and huts of harmony, and had our culture stripped from us as shackles and chains brought us here. Running ever since, searching for something, grasping at anything to make dark skies of racism blue with unbiased love, through negro hymns we were brave when begging for better days that almost always never came. Hoping for a glimpse of respect and receiving none, somehow my ancestors knew, despite the pain endured in ways a modern day generation forged on sense of entitlement could not possibly fathom, that the persecution would lead to progress.

They knew a change was gonna come.

Oh, I wonder what Harriet Tubman, Frederick Douglass and W.E.B. Dubois are thinking right about now. Watching Barack Obama near the end of a grueling 21-month odyssey that started with a ‘Barack who?’ and now rests at the brink of what they lived and died for, I look to the heavens at my brothers and sisters. If it rains Tuesday, their tears of joy will heal so many wounds. Knowing the rest of the world will embrace a less fearful, more open society and that our kids will finally see black and white kids rejoicing because prejudice is a non-factor for the first time ever, somehow they knew what Sam Cooke would sing many years later.

A change was gonna come.

Martin, Medgar and Malcolm, none of them afraid to face the bullets from assassin’s rifles after being told “Don’t Hang Around” merely because of skin pigmentation and knowing that love awaited their return to the sky, want to measure the drapes of victory so bad, but are strongly suggested to wait until the final straightway is run, and the finish line crossed by our bronze-colored First Family. Coretta Scott King, Rosa Parks and Betty Shabazz, courageous helpmates of the struggle who maintained the spit and fire of hope decades before rejoining their mates above, will send dozens of red roses from Heaven, with a simple message to Michelle only the strongest bonds of sisterhood could comprehend:

Somehow, our queens for the cause knew that a change was gonna come.

My 86 year old friend Norman, in Baltimore, can see the finish line. There were times where I know my brother, while getting drenched from holding the umbrella of “Charlie”, endured many moments where he thought he couldn’t last long enough to see it. Like an African-American Orphan Andy, he could never love tomorrow, for it was never a day away. But Sam Cooke, God rest his soul, told him to carry on and see the day he and so many others thought unforeseeable.

Those with eyes on the prize who couldn’t complete the race are watching CNN every hour right about now. in heaven. Helping us so much with their sacrifices, they hear the heartfelt ‘Thank You’ of millions here on earth, for all they have done. But wisely, they placed a phone call to earthly remnants who witnessed the Montgomery Bus Boycott, Brown vs. The Board of Education, the Movement of Black Panthers and brother Liberation Armies, and unfortunately, the ignorance of recent generations and the refusal to embrace the struggle. During the conversation, an agreement was reach to implore us not to celebrate prematurely, and to pull those curtains closed Tuesday Morning, and give Barack Obama that last wind he needs to blaze down that final straightaway .

The finish line is close, but after all the attacks by Hillary, hate radio voices who treat him as he were Bin Laden, and many who think of him as a half-a-Commie, he still must face a legion of millions who desperately want to thwart the ordained. They will have a desperate, last-gasp kick, all the while saying ‘Yes’ to archaic tradition just because they simply cannot bring themselves to vote for a black candidate. All tribes stay together, thus, helping us to understand White America’s inaccurate sense of racial grievance.

But something tells me, as well as many millions who want this so bad, that Sam Cooke was right. Tears stream from my eyes as I fight the onslaught of my emotions for just one last, agonizing day. Maligned, ostracized, criticized from all angles, for one day, the image of a African-American man might induce a worldwide smile of love from all.

It’s been a, long…long time coming, but I know that a change is gonna come.

Erotica vs Pornography: What is the difference?

As an erotica author, I am often asked about the differences between pornography and erotica. The following article touches on some key differences.

I found the wonderful world of erotica when I returned to the writing world after a long absence. I was struggling to find a place in the industry and a niche that I enjoyed when I came across erotica. Previously I did not know there was a whole world of erotica both in print and online that caters mainly to women.